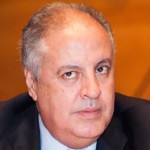 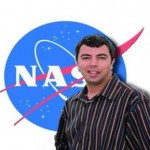 Dr. Kamal Oudrhiri is a Research Scientist at NASA’s Jet Propulsion Laboratory in Pasadena, California. As a technical manager in the fields of communication and navigation, Dr. Oudrhiri works closely with scientists and technologists in the Communication, Tracking and Radar at JPL as well as other NASA centers to develop the next generation command, control, communications and intelligence (C3I) protocols for NASA’s flight missions. His work has focused on the evolution of NASA’s satellite and ground infrastructure to support human and robotic explorations and the infusion steps for new technology to support the goals of NASA’s future space programs.

Dr. Oudrhiri was the lead radio scientist on a multi-year research task whose goal was to define the range of future technologies required to motivate the next wave of scientific discoveries. Working with senior research scientists and technologists, he spearheaded the development of a Science Instrument Roadmap that was delivered to the radio science community in 2009.

For the period 2004 to 2008, Dr. Oudrhiri served in key leadership roles for the two critical NASA missions: The Mars Exploration Rovers (MER) “Spirit” and “Opportunity” and the International Cassini mission to Saturn. He received NASA Honor Awards for his work on MER and Cassini.

Lastly, Dr. Oudrhiri has proven himself to be a model ‘NASA citizen,’ deeply committed in his personal life to the important NASA goals of bringing the knowledge and benefits of space exploration to the next generations. In 2003, he founded Grove of Hope, a non-profit organization that works to bring science educational opportunities to children and their schools in Africa and the Middle East.